A few weeks ago, I wrote this entry about shifting the emphasis more to meeting strangers, rather than focusing purely on creating an excellent real-time cooking experience. So I started to think: what would it take to meet a stranger on the web? And to start cooking with them? 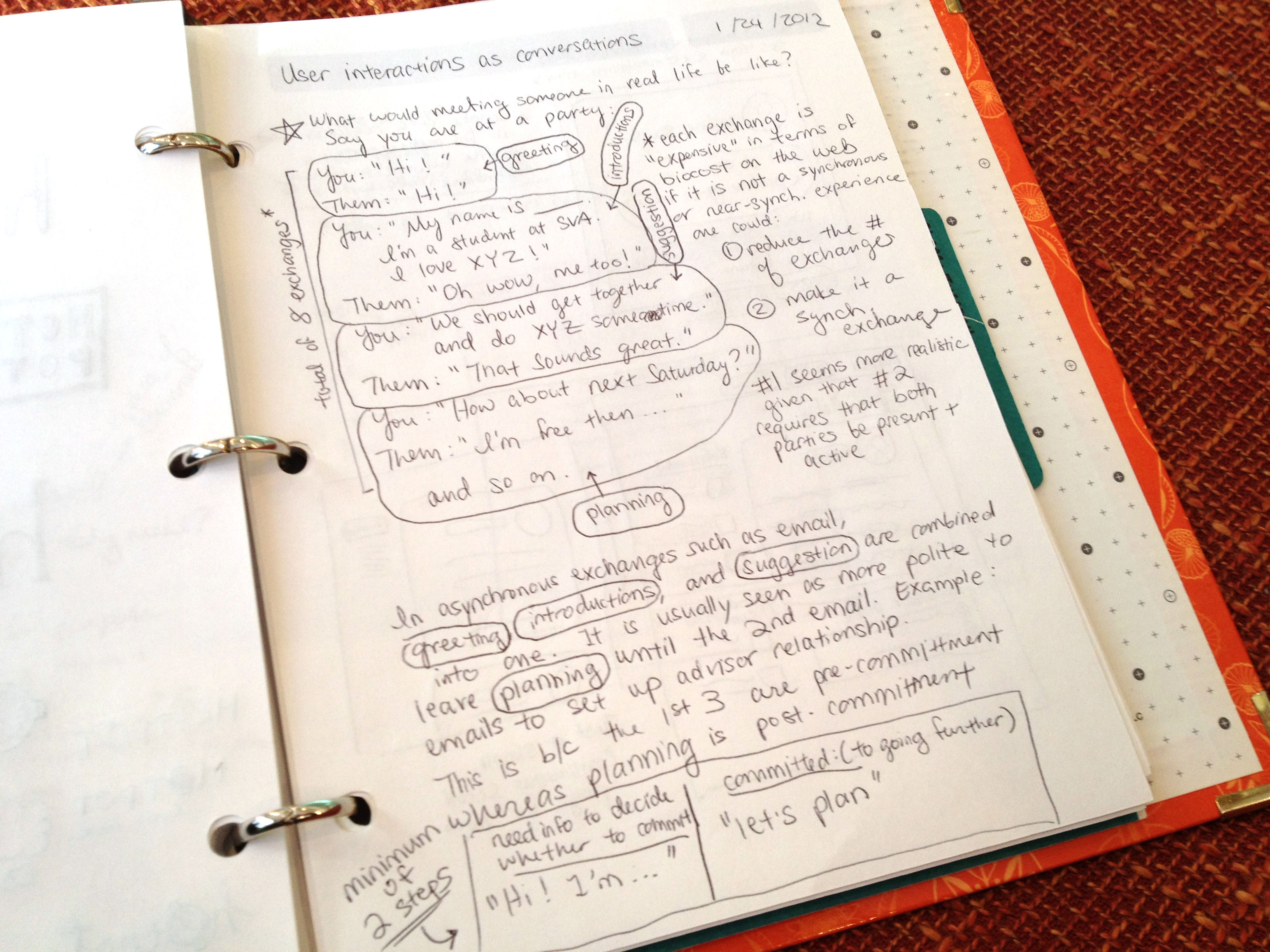 … and imagining what a good user profile for cooking would be: 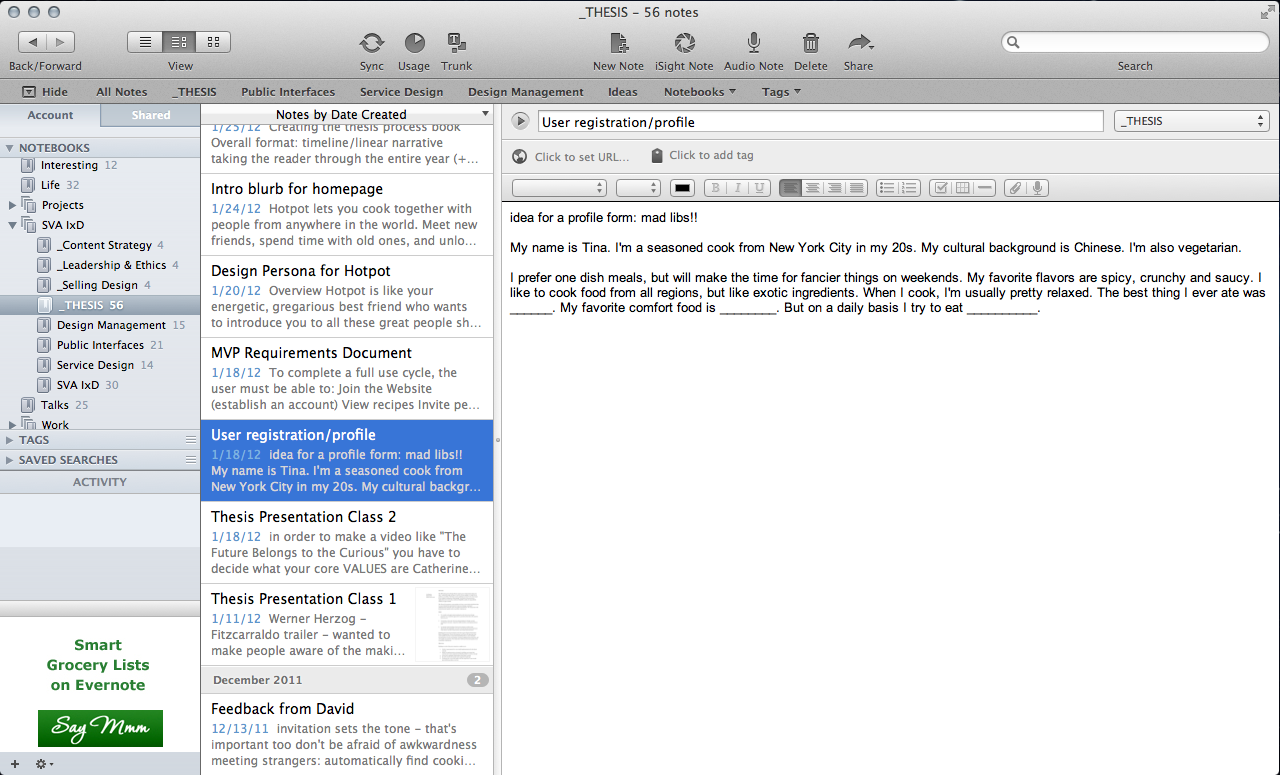 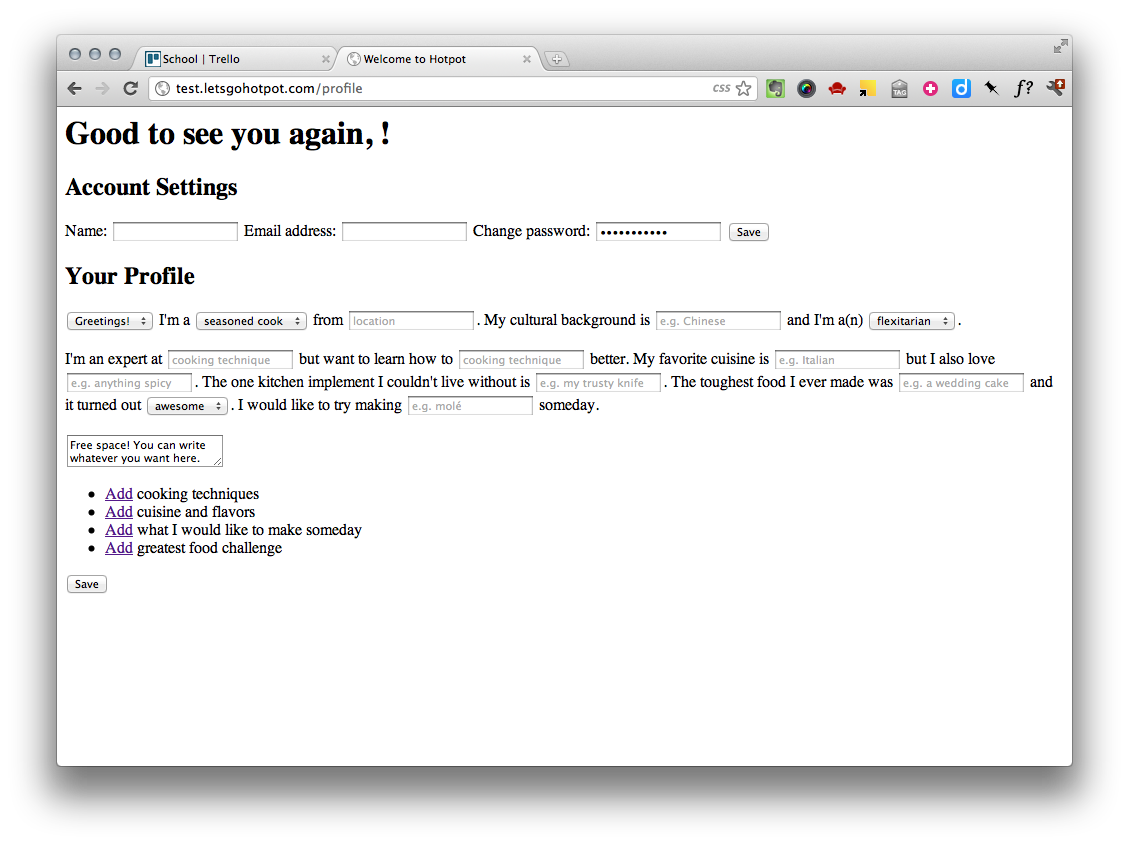 The undercurrent to all of this was a certain antsyness to just get something out there. I really wanted to give my potential audience something to do as I worked to get things ready. I was thinking back to the advice our department chair Liz had given me in the Fall semester: don’t put up a LaunchRock-esque “coming soon” page—give your users something to engage in right away, rather than just a newsletter signup field. This made sense, and after giving it some thought, I decided the thing I would allow new users to do was to establish an account and fill out a personal profile. That way they can start checking out the other people on the site. And when the site launches, they’ll already have friends on the service who they can cook with right away.

But as I got closer and closer to actually putting up a page where people could sign up to fill out a profile, I got embroiled in this tangle of worries: privacy issues, community building, setting the tone, communicating with users, how to position the project… And that’s when I posted my last entry. I was getting carried away by all that needed to be considered and studied and worked out and made.

Eventually I took a deep breath and realized: I was confusing where I wanted to be with how to get there.

Meaning, I want my thesis to be so many things so quickly that I wanted to jump right to where I wanted to be, but in doing so was ignoring all the foundations I had to build to make it there!

So I got out an empty page and wrote this on it: 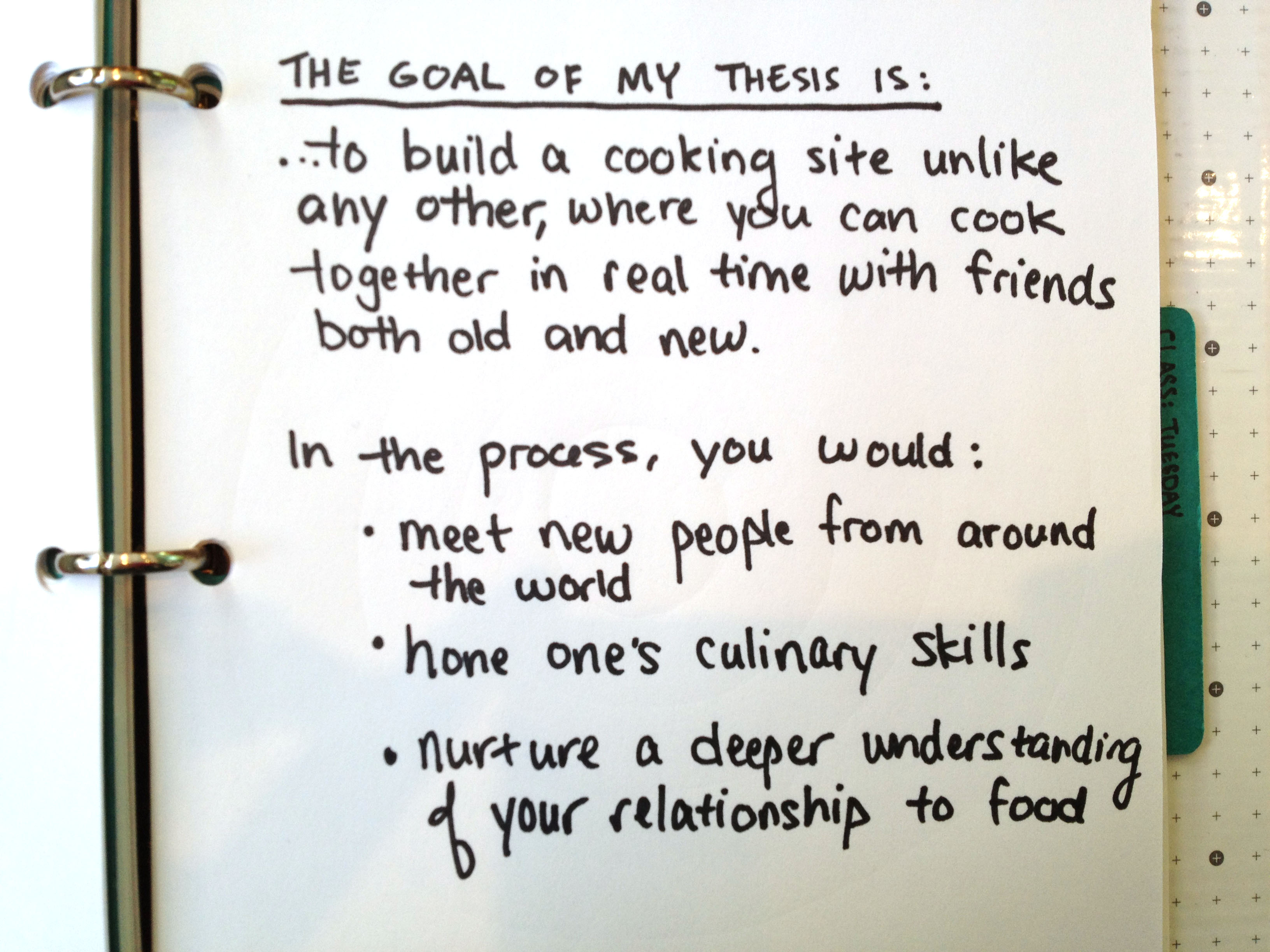 That really puts things into perspective.

Looking at the first sentence, I now realize that Paul Pangaro’s advice about where the core of my project lies is still right on: the real-time cooking part. Even though eventually I want the project to answer all these other challenges like getting strangers to meet, facilitating culinary exploration, etc, those things all fall under the phrase “in the process.” This means they would result from, but definitely not exist without, this concept of cooking together in real-time. When all is said and done, I still have to work out the conceptual core first.

So I’ll back up, take a deep breath, and start in the center. Then slowly, one ring at a time, work my way out. And the entire time, I’ll keep the big picture in mind: 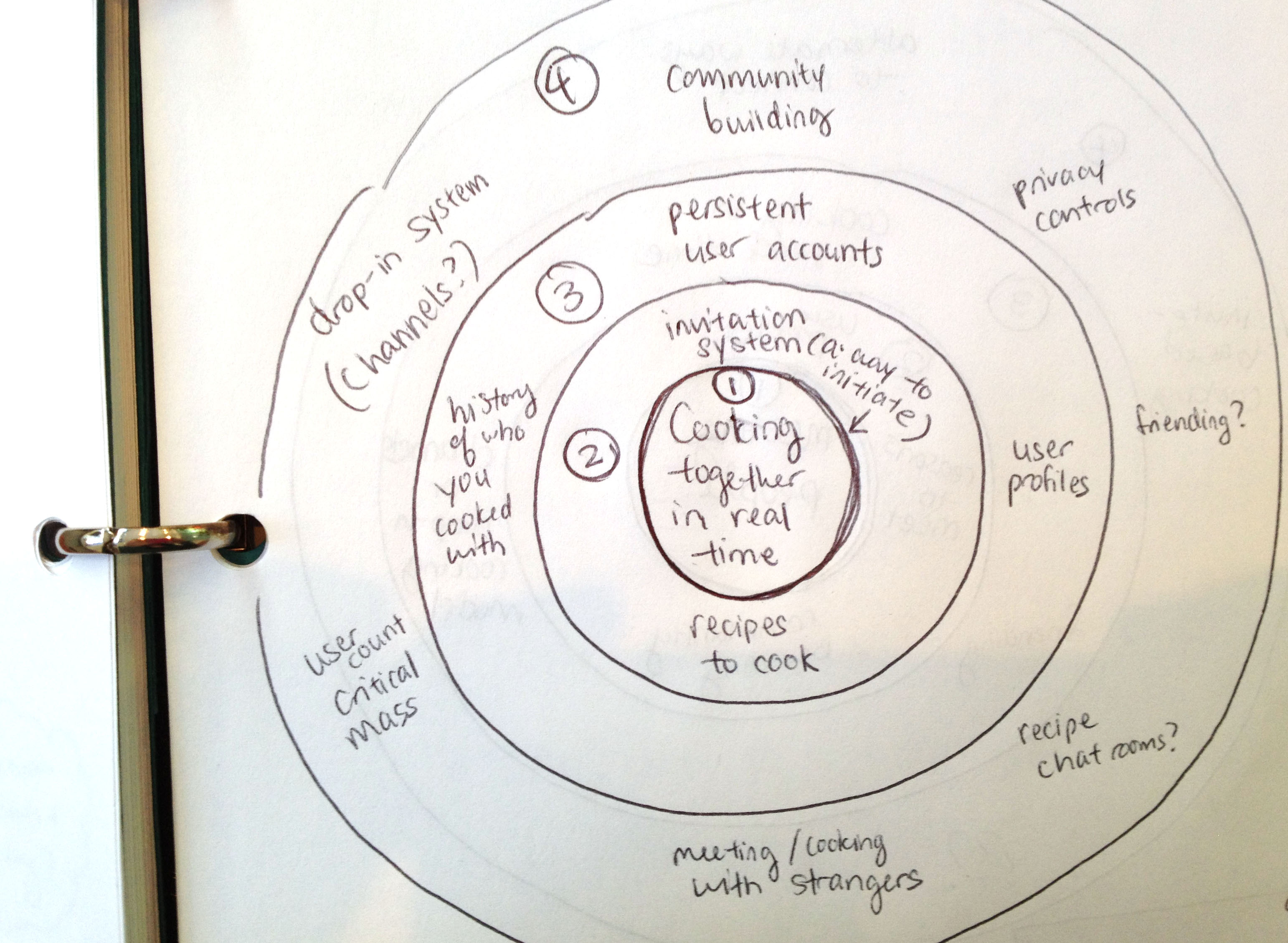 Here’s the new plan: In the coming weeks, I will be focusing on building rings 1 and 2, getting it working, and getting people to try that out. And if all goes well, I can begin to mockup and prototype rings 3 and 4. However, if I run out of time to build out the entire circle, that’s okay too. At least I’ll have a solid foundation built and working! Besides, who says one’s thesis project needs to end in when you graduate?